Scientists at the UC Davis Center for Mind and Brain have access to some of the world's most advanced and highly sensitive analytical equipment. 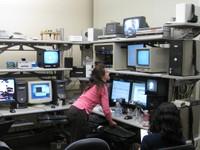 The CMB also is the development site for the ERPLAB Toolbox, an NIH-funded open-source MATLAB package for the processing and analysis of ERP data. 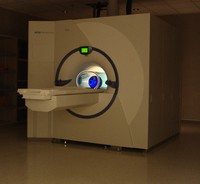 Researchers at the CMB make extensive use of three research-dedicated magnetic resonance imaging (MRI) scanners operated by the Imaging Research Center (IRC). A Siemens 3T Skyra scanner is available at the Center for Neuroscience on the main UC Davis campus. This state-of-the-art system can be used for imaging both humans and monkeys, and it is widely used by CMB researchers for basic science research. Two MRI systems dedicated for research purposes in the IRC building at the UC Davis Medical Center in Sacramento are used by CMB researchers for studies of patient populations. One of these systems is a 3T Siemens TIM Trio System, and the other is a 1.5T GE Signa MRI System. 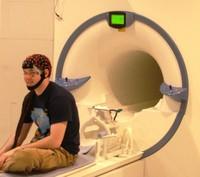 Simultaneous EEG/MRI is available for both the Skyra system at the Center for Neuroscience and the TIM Trio system in Sacramento.

The TMS lab at the CMB includes a Magstim Super Rapid TMS System, with a Brainsight neuronavigator stereotaxic alignment module with an integral position tracker and software for coregistration of the magnetic stimulating coil over target brain loci, using either skull landmarks or information from magnetic resonance imaging (MRI) scans of the subject's brain. This is a shared CMB resource that can be used by any qualified CMB researcher.

Several eye-tracking systems are in use at the CMB. Four labs use the SR Research EyeLink 1000, with up to 2,000-Hz sampling and a head-free mode that is ideal for simultaneous eye tracking and EEG/ERP recording. Other systems include ASL, SMI, and Tobii systems designed for use with infants and toddlers.

The CMB contains numerous behavioral testing suites, including those with specialized auditory and visual stimulus presentation equipment and eye-tracking capability. These suites permit testing of subjects of all ages — infants, children and adults — in studies of typical development and adult cognition and perception, and investigation of disorders across the lifespan.

The CMB Computing Facility consists of two data centers — one at 202 Cousteau Place, the other at 267 Cousteau Place. Each center is environmentally monitored (for temperature, humidity, leak, vibration and smoke detection), and cooled by dedicated and redundant 5-ton Liebert air conditioning units with more than 120,000 BTUs of cooling capacity.